Are YOU on Stephen Harper's #EnemyList? As political journalist, Susan Delacourt, reported in the Toronto Star, Conservatives won’t say WHO is on “enemy” lists. No wonder!! It has chilling echoes of Tricky Dick, and Watergate.

But as the author of a new book, Banned on the Hill: a true story about dirty oil and government censorship, it did NOT come as any shock to me that Canada’s Prime Minister Stephen Harper keeps an ‪#‎EnemyList‬. 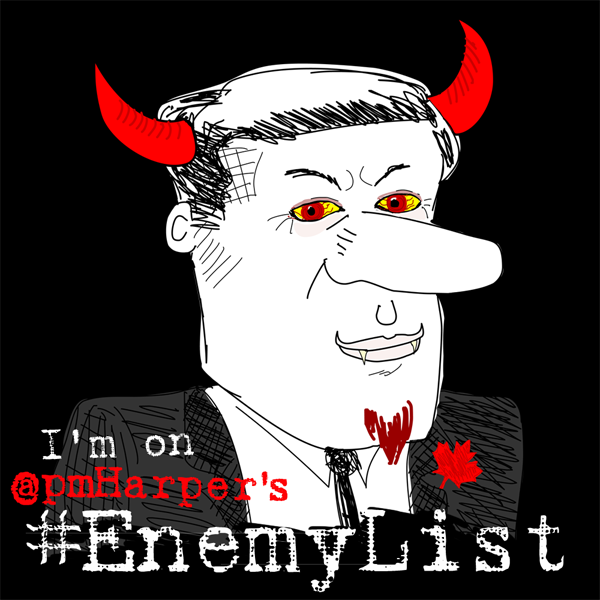 I am on it

The evidence has been piling up. Over the past 2 years, I’ve obtained 2,172 Access-to-Information documents — all related to me — from 4 different federal departments. 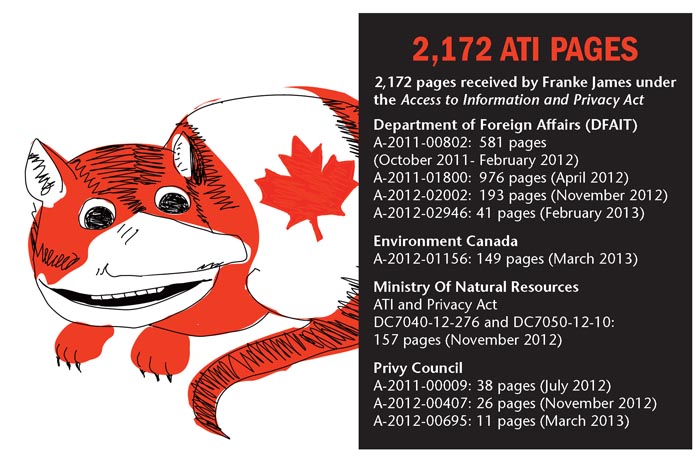 They REALLY don’t like me talking about Climate Change

Foreign Affairs spokesperson Jean-Bruno Villeneuve said in an internal email, “The artist’s work dealt mostly with climate change and was advocating a message that was contrary to government policies on the subject.”

That statement is a chilling example of how free expression in our democracy is being squashed. If Art has to agree with government policies, then ‘Art Equals Government Propaganda’.

I still find it shocking that the Canadian Government warned people not to show my artwork. I first realized what they were doing in Spring 2011… 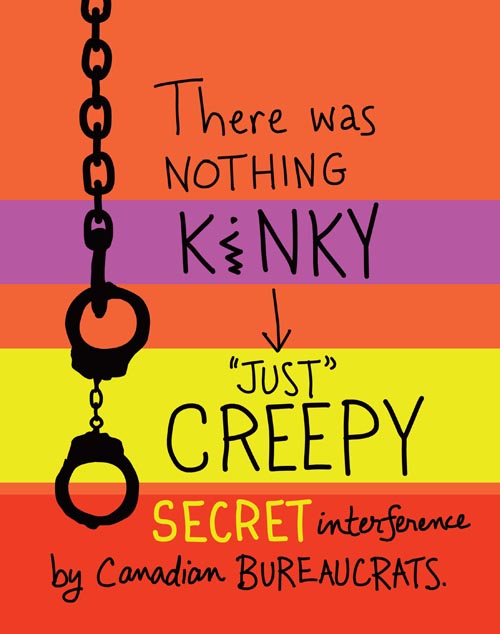 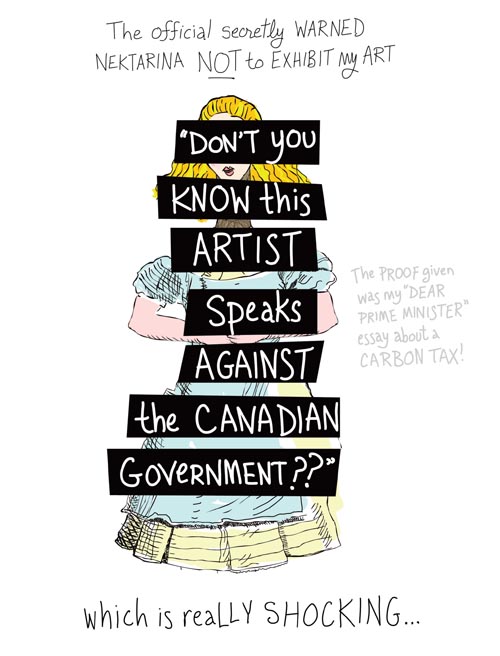 What happened to me is political interference — bureaucrats were just following orders from Ottawa. Just like the newly leaked “Enemy List” email. It clearly shows that the Prime Minister’s office (PMO) is instructing bureaucrats to identify and freeze out “enemies”. 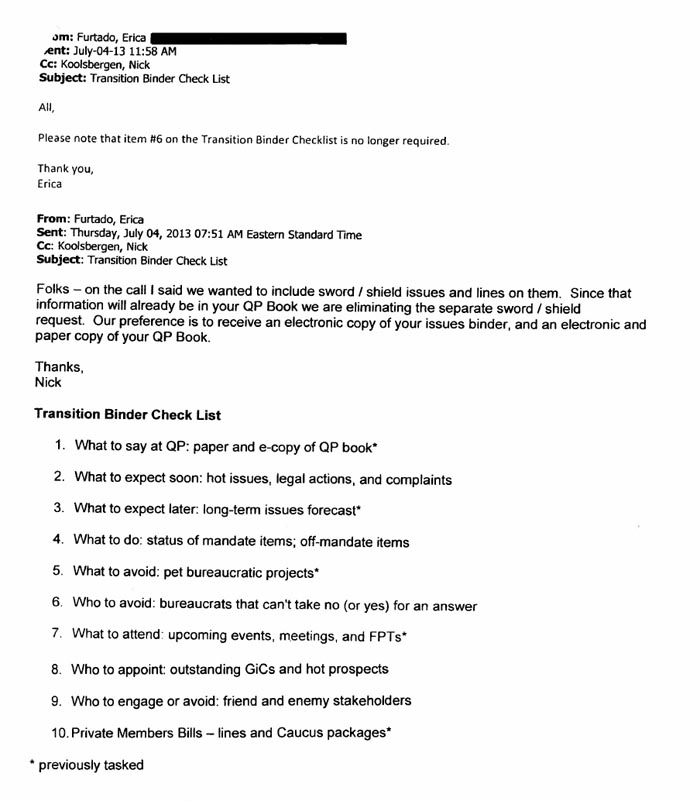 Interestingly, the PMO’s office is out of reach of access-to-information requests. The only reason we are seeing the email is because it was leaked. Whereas, the evidence I have is through access-to-information requests. See the internal government email below which is heavily blacked-out for reasons of “international security” and conversations with, or about, a minister. Note the disturbing subject line and then imagine what is hiding under the black marker. (The Office of the Information Commissioner is currently investigating the legitimacy of the redactions.) 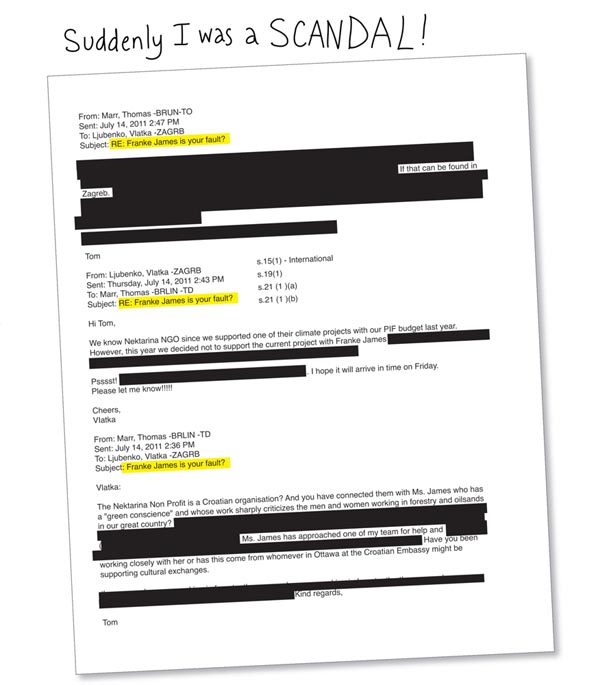 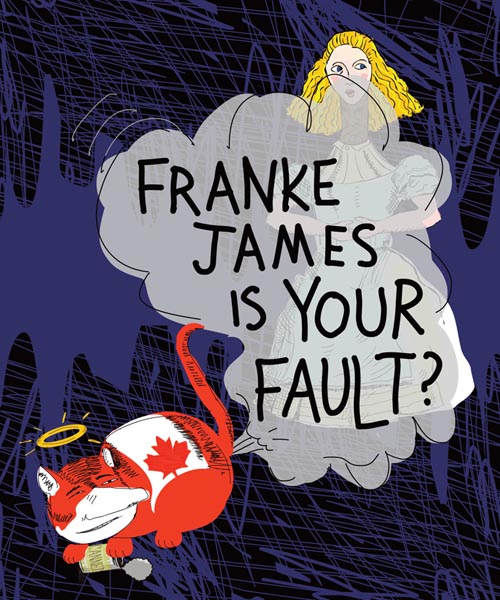 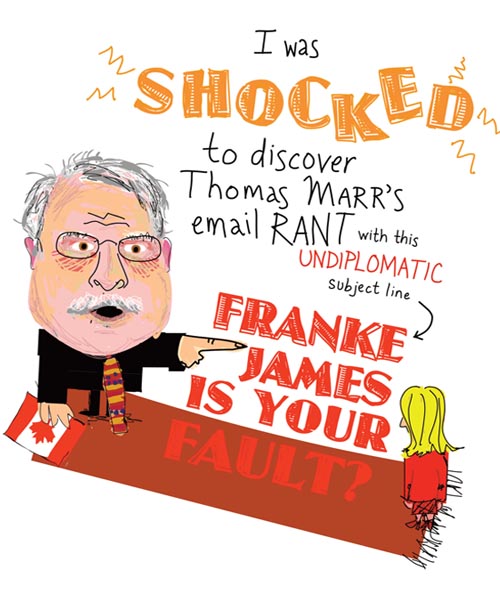 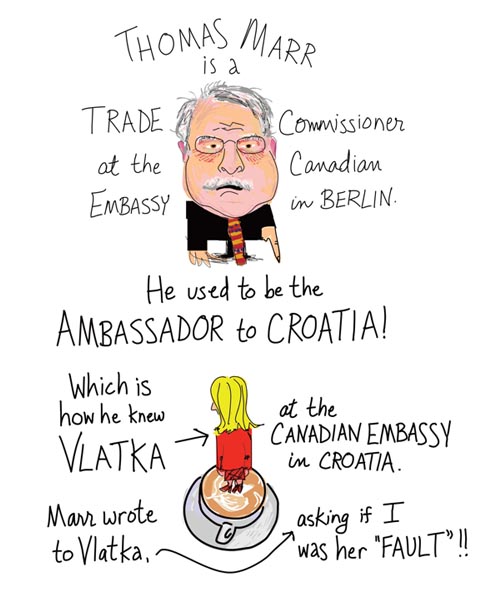 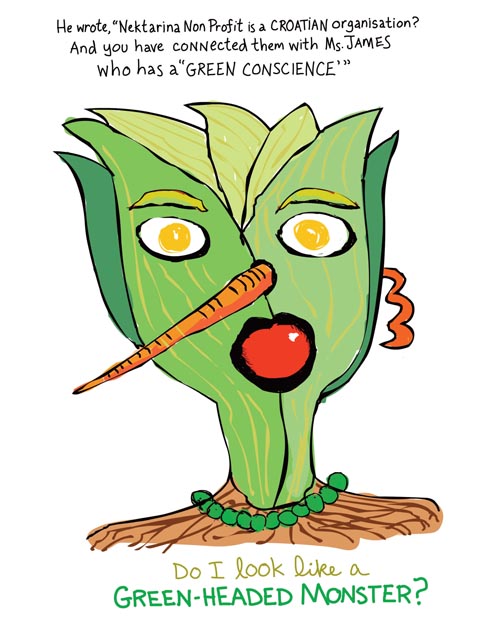 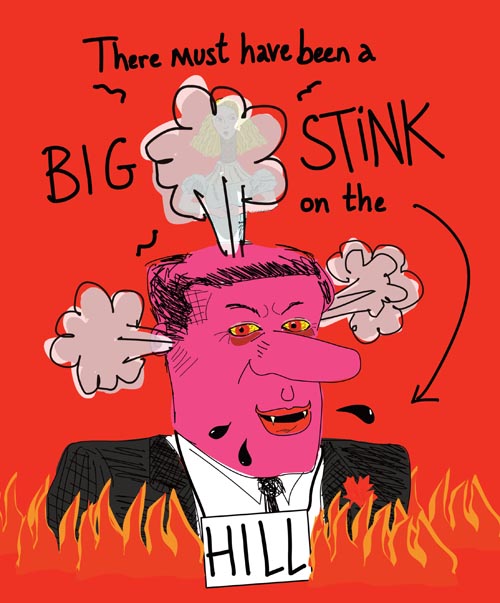 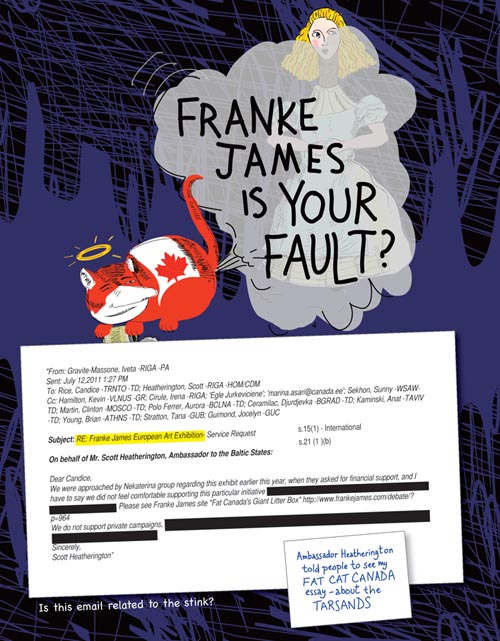 So how can Canadians show the Prime Minister that putting people on #EnemyLists is Evil? (And against democracy)

On July 16th at about 11pm, a friend direct messaged me: “Do you know of anyone making up “I’m on Harper’s Enemy List” or variants T-shirts? Otherwise if I have art I can print iron-on decals…”

I responded within minutes: “Clever. Great idea. Let me talk to Bill. We could do it on Cafe Press.”

By 1:45am, we had created the t-shirt using an illustration of mine of Harper from my book,Banned on the Hill: a true story about dirty oil and government censorship 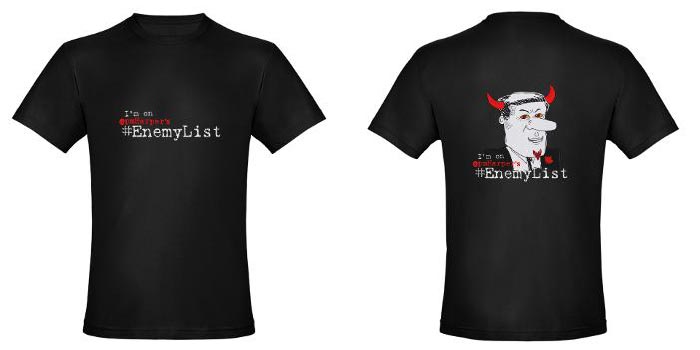 We crafted the slogan so that it picked up on Twitter’s use of hashtags and also used @pmHarper to be in tune with the platform. (It also works well that Harper announced his cabinet shuffle on Twitter showing that it’s a platform he uses.)

Buy the #EnemyList T-shirt or Tank top on Cafepress:

(There are 4 styles to choose from.)

Are YOU on PM Harper’s ENEMY BLACKLIST? You could be if you are part of an environmental group, a non-profit organization, or civic and industry associations and have views which are different than the Harper government’s. Wear your new ENEMY status proudly! Buy a tank top or t-shirt designed by blacklisted artist Franke James. Get people talking about democracy and freedom of expression!! (Global News, Postmedia, The Toronto Star, CBC News all reported the leaked email from Prime Minister Harper’s office asking staff to include a list of “friend and enemy stakeholders” in their transition binders for new ministers appointed in Monday’s cabinet shuffle.)

BUY Banned on the Hill: a true story about dirty oil and government censorship